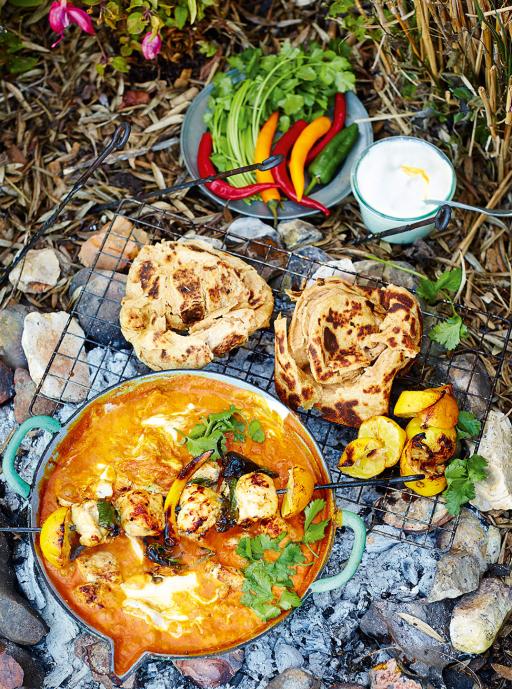 In this great country of ours, curry has been welcomed with open arms – to the extent that opinion polls have put chicken tikka masala ahead of fish and chips as the nation’s favourite dish.

So I was disappointed recently when I read an article in the Daily Mail about a council banning Indian food from a St George’s day event. Stall-holder Tania Rahman was told she couldn’t sell her chicken tikka masala because it was not “English-themed”.

How ridiculous! But there were red faces all around when British-born Tania pointed out that the dish is a British invention.

Thankfully, the council apologised and allowed her to participate. Quite right too.

At Raval, we specialise in authentic Indian cuisine, but I’m personally very proud of the way Indian ingredients and cooking techniques have been embraced in this country and – as with chicken tikka masala – Anglicised.

Food evolves and so it should…so let’s hear it for this most British of dishes! Of course, the trouble is, it varies hugely in quality depending on the ingredients and the cooking method you use.

So how do you create the perfect chicken tikka masala at home? Our chefs at Raval reckon this version, using barbecue-style skewers, works really well.

Let’s start with the ingredients (serves 6-8):

Put the cloves, cumin and one heaped teaspoon each of paprika and garam masala into a small pan and toast for one minute, then remove from heat and place in a bowl.

Add to this the grated zest of one lemon and all of its juice, crushed garlic, grated ginger, yoghurt and a pinch of salt.

Cut the chicken breasts into bit-sized chunks, then rub the marinate into them. Skewer up the chicken chunks, with lemon wedges and green or yellow chilli in between, but don’t squash up too tightly. Place on a tray, cover with clingfilm and marinate in the fridge for at least two hours, but preferably overnight.

For the sauce finely slice the onions, garlic, red chillies and coriander stalks (reserving the leaves). Place in a large casserole pan on a medium heat with a glug of oil and cook for around 20 minutes, or until golden, stirring regularly. Add the ground coriander, turmeric and remaining one heaped teaspoon each of paprika and garam masala. Cook for two minutes, then add the almonds until they begin to toast. Pour in the tomatoes, crumble in the stock cube and add 300ml of boiling water. Simmer for five minutes, then stir in the coconut milk. Simmer for a final 40 minutes, stirring occasionally. Check seasoning and add salt or pepper to taste.

Now drizzle the marinated chicken with a little oil and grill on a hot barbecue, in a very hot griddle pan or under a hot grill, turning until it’s lovely and golden on all sides. Slice the chicken off the skewers straight into the sauce, reserving the lemons. As it simmers for two more minutes, carefully squeeze in any remaining lemon juice and mix in. Now add some more yoghurt, sprinkle with the coriander leaves, and serve with basmati rice. Delicious!