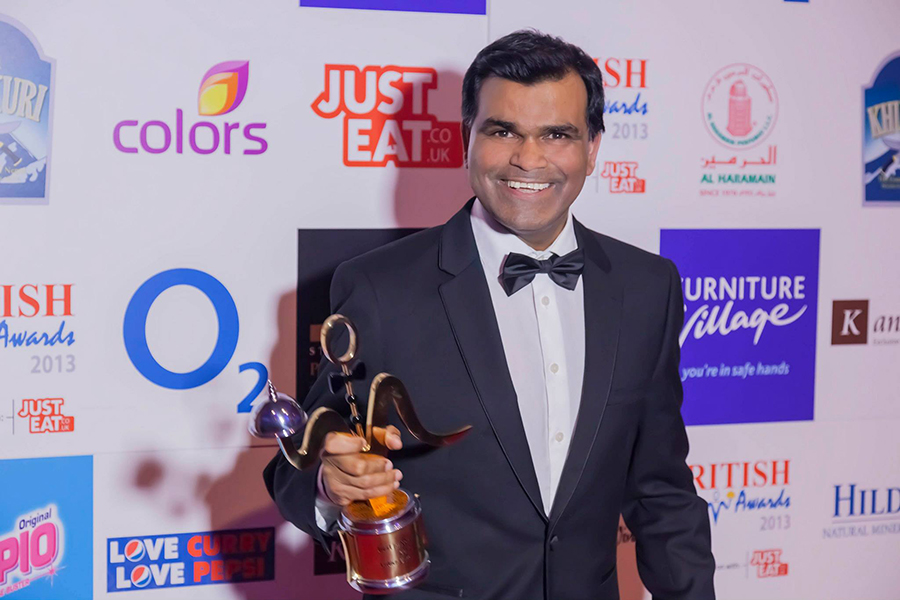 What a night we had on Monday! We were crowned worthy winners of the Best Restaurant in the North East at the prestigious British Curry Awards.

The high profile event at London’s Battersea Evolution was attended by Prime Minister David Cameron and hosted by Who Wants to be a Millionaire star Chris Tarrant.

We are absolutely thrilled. This award is testament to the skill, dedication and commitment of the entire team at Raval, from the cleaning staff to the head chef. Ultimately we believe we have won this accolade because we have dared to be different. Being second best has never been an option for us.

We regard ourselves as ambassadors for authentic Indian cuisine in the region and everything we do is geared towards giving our customers an unforgettable dining experience. It’s so rewarding to see our hard work pay off.

The annual event, which celebrates the contribution the £3.6bn curry industry makes to the UK economy, attracted 40,000 nominations and more than 270,000 votes were cast by members of the public.

Mr Enam Ali, founder of the British Curry Awards, said: “Curry was born in India but it has been made great in Britain. And Raval is an excellent example of how Indian restaurants in the UK have evolved. It is a very worthy winner.”

We mingled with several celebrities too including top TV chefs James Martin and Heston Blumenthal, TV presenter and former model Melinda Messenger and our award was given to us by Sir Clive Woodward. An amazing night! We’ll be continuing to work hard to retain the crown in 2014.