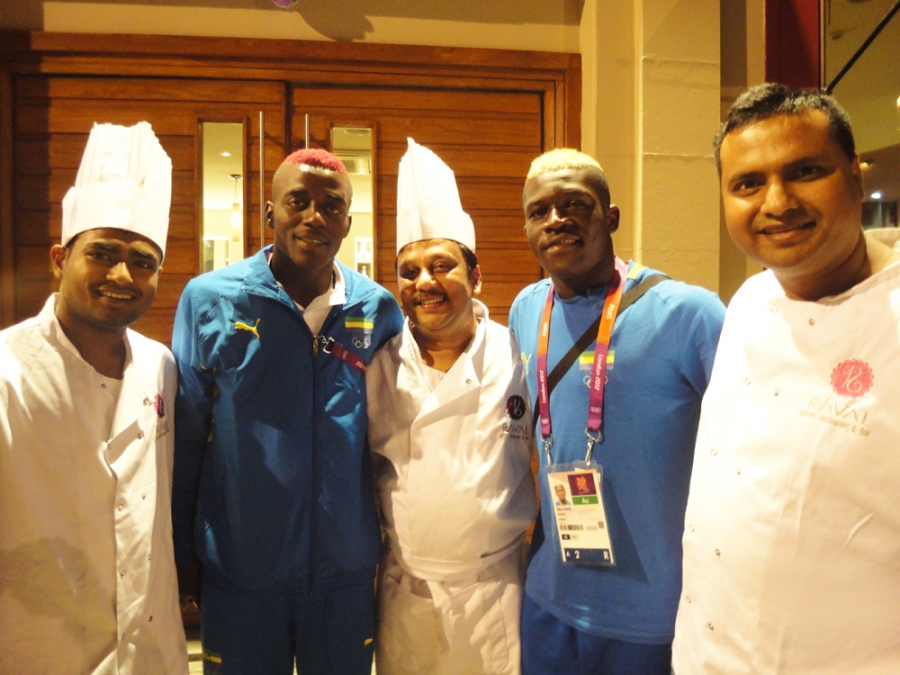 The Olympics has come to Newcastle and already participants in the Greatest Show on Earth are finding their way to the Greatest Restaurant in the North.

Two footballers from the west African country of Gabon visited Raval after their team’s 1-1 draw with Switzerland at St James’ Park on Thursday, the second of nine Olympic matches being staged at Newcastle United’s home ground.

Players Allen Nono and Axel Meye enjoyed a meal of char-grilled chicken and tandoori roasted king prawns with salad at the restaurant, and were full of praise for the simple, clean, low-fat cuisine.

Manager Avi Malik said: “The Gabon national team was staying at the Hilton Hotel nearby, so Raval was the obvious choice for players seeking a tasty but healthy meal.

“They praised the food and ambiance but what impressed them even more was Raval’s footballing links.

“They loved the fact that Alan Shearer had been here to cook a meal for his wife and friends. And that we had created a curry dish in honour of Newcastle United’s top striker Papiss  Cisse.

“As Cisse is Senageles and was among the Premier League’s top goal-scorers last season, he has become something of a hero across Africa.”

And Mr Malik added: “Hopefully we’ll play host to more top players before the Olympics is over . . .  they’ll be sure to get a warm welcome here.”