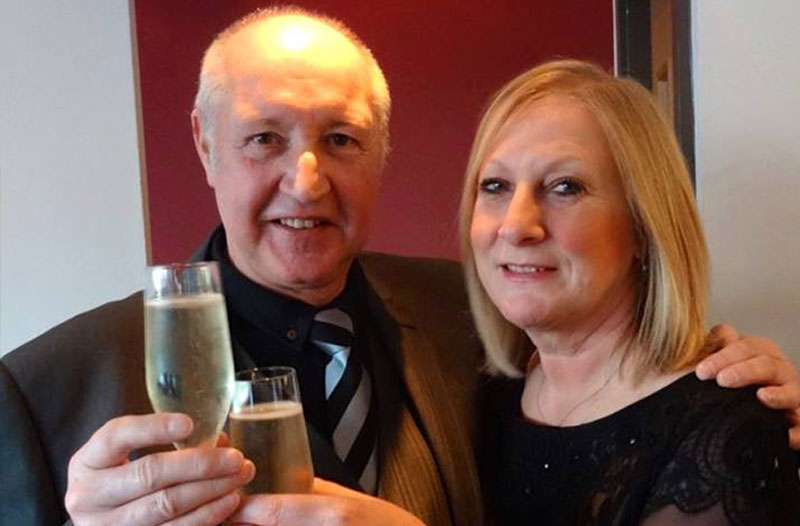 Business leaders raised  at a special charity event organised by an award-winning restaurant.

Raval  Indian Restaurant, on the Tyne Bridge in Gateshead, hosted the night after discovering one of its regular customers was battling cancer.

Businessman Jim Thompson, 62, was diagnosed with prostate cancer at just 57 – and has since been told the disease has spread to his lymphatic system and is incurable.

“Jim is a regular customer and when he told me about his condition I was devastated.

“I decided there and then to host a night to raise money for Movember UK, his chosen charity. We are absolutely thrilled with the way the evening went – it was a huge success.

Father-of-five Jim – known as ‘Geordie Jim’ to friends – spoke passionately to diners about the need for men over 40 to be tested for signs of the disease.

He told guests: “It’s too late for me, but if it’s caught early, prostate cancer is entirely curable.

“I would urge every man over 40 to ask their GP for a PSA test. It’s not foolproof, but it is an indicator. And early diagnosis is the key to survival.”

Representatives of Movember UK travelled from London to be part of the evening last Sunday – the first time the charity has backed such an event outside of its normal campaign month of November.

It began with a champagne reception, followed by a three-course meal which included Raval’s unique Newcastle Brown Ale Curry, made with Northumbrian lamb.

A prize auction included limited edition artworks, signed Newcastle United memorabilia and the opportunity for someone’s child to be a mascot at one of the club’s forthcoming games.

“I’m not one to wallow in self-pity. I just want to get on with spreading the word about prostate cancer, which is the most common cancer in men.

“And I’m very grateful to Raval for getting behind me and helping me to do that. It was a tremendous evening and my heartfelt thanks go out to all concerned.”