Raval Reflects on a Year to Remember 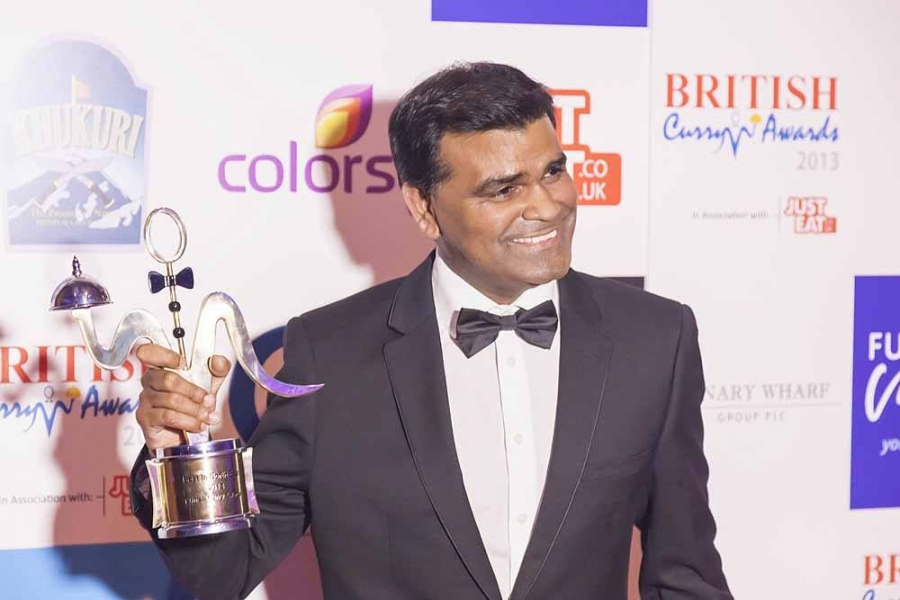 AT a whirlwind year it has been for Raval Luxury Indian Restaurant…and it’s not over yet! After being named North East Restaurant of the Year at the prestigious British Curry Awards at the back end of 2013, the thriving business has gone from strength to strength.

The restaurant kicked things off in 2014 in its own inimitable way, with the region’s newly crowned Curry King – restaurant manager Avi Malik – donning a kilt to promote a special Burns Night event. Its hot and spicy haggis curry added an Asian twist to the traditional Burns’ supper…and went down a treat.

The business barely had time to catch its breath before it was in the news again…this time by way of celebrity endorsement. It played host to stars from the Strictly Come Dancing touring show, which was visiting Newcastle’s Metro Radio Arena. TV favourite Brendan Cole delighted diners at the restaurant by signing autographs and posing for pictures.

The 6ft dancer, who has been in the show since series one, which he won with partner Natasha Kaplinsky, dined with fellow BBC colleagues. Mr Malik said: “Once people started to recognise him it was crazy.

Everyone wanted to meet him but he was incredibly patient and friendly. “He was very complimentary about the food – he said he thought it was superb. And he congratulated me on our success at the British Curry Awards.” In March the restaurant’s reputation as the region’s finest was cemented further when it received a five-star review in Newcastle newspaper The Chronicle. Reviewer Gordon Barr commented: “I absolutely adored the dish I had. It had a fabulous kick which gave it something extra, and the portions were just right.

Full marks all the way for Raval.” If that wasn’t high praise enough, more was to follow when Raval picked up a gold award at Newcastle’s highly-regarded Salon Culinaire event, a showcase for talent in the catering industry, organised by the North East Culinary and Trade Association (NECTA). The restaurant’s chefs won the top award in the hotly-contested Asian food category, leading Mr Malik to comment “I see this as yet another endorsement of the Raval way of cooking. We are unlike any other Indian restaurant in the North East because we dare to be different.”

By June word was spreading about the eatery’s many successes, with visiting business leaders and celebrities seeking it out. It played host to One Direction support act 5 Seconds of Summer ahead of a sell-out show at Sunderland’s Stadium of Light. The boy band – huge stars in their own right in their native Australia – couldn’t wait to sample Raval’s award-winning food…but they had to appease fans first.

After posing for pictures with female admirers who recognised them instantly, they asked chefs to add an extra touch of spice to their meals, and left very satisfied. World Cup fever gripped the nation throughout June and July, and Raval made a point of getting behind the England squad.

Avi Malik once again threw himself heart and soul into the cause – even painting his face with the cross of St George to lead the call for the UK’s Indian restaurants to show their support for the Three Lions. Now, as summer draws to a close, the restaurant is getting ready to play a part in another big event…Eldon Square’s hugely popular Great Taste weekend. Head chef Jiju will be demonstrating how to cook the restaurant’s famous Newcastle Brown Ale Curry – a dish it invented last year to commemorate the 85th anniversary of Newcastle’s iconic Tyne Bridge.

You can see Jiju in action at the shopping mall at 1pm on Saturday, September 13.