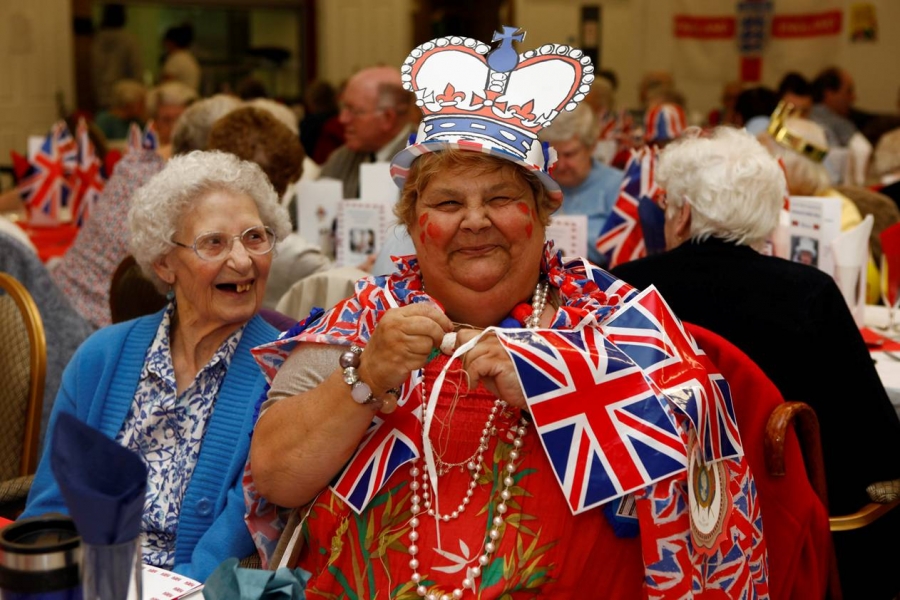 Raval sent its chefs out into the community yesterday to cook for more than 100 elderly guests at a Diamond Jubilee knees-up.

We donated a team of cooks and service staff for a party held by the Greater Walker Community Trust to celebrate the monarch’s 60 years on the throne.

The regulars became among the first to sample an updated version of Coronation Chicken, the dish created to mark the queen’s ascension in 1952.

All food and service was provided free by the restaurant’s charitable wing, The Raval Foundation.

Restaurant manager Avi Malik explained: “This was a major undertaking involving many of our key staff . . . it’s not every day that a restaurant goes out into the community like this.

“It was a tall order to serve all 100 people at once in a location that’s unfamiliar to us, but we wanted to do something really significant to mark the Diamond Jubilee.

“Earlier this week we invited 25 vulnerable young adults to the restaurant, many of whom have overcome problems at home or with drugs and alcohol, some of whom wound up homeless for a while as a result.

“It was all part of our mission to encourage social inclusion by making sure everyone feels part of the Jubilee celebrations.”

Trust manager Jen Brumwell said: “It was a fabulous day and we’re so grateful to Raval for going to so much trouble to make it special. Everyone had a wonderful time and the food was superb.”

Committee member Maureen MacQuarrie added: “I can’t believe the restaurant was prepared to do this for nothing . . . I’ve had to pinch myself to make sure it’s for real!

“There are lots of emotive charities around that get a lot of attention and that means that sometimes elderly people get left out.

“You could say they are the forgotten Cinderellas, but today, thanks to Raval, they were treated like kings and queens.”

Guest Betty Lee, 81, of Wallsend, said: “I could do with this sort of treatment more often. The food was wonderful and the staff were very friendly.”

Another guest, Elsie Cartwright, 65, of Walker, commented: “I think it was a brilliant idea to bring a new Coronation Chicken dish out into the community.

“It has given the Trust’s staff a nice break and was also a lovely change for the guests. I’m a big curry fan and my meal was just perfect.”

Once the meal was over, Raval’s chefs even got into the party mood themselves, dancing with guests and leading a conga in the community hall.

Jen Brumwell added: “I’ve seen so many people with huge smiles on their faces and you really can’t put a price on that. We can’t thank Raval enough for what it has done.

“It was a memorable and fun-filled day, which is the sort of environment we always aim to create as research shows it benefits people’s wellbeing.”

Qualified carer Jen set up the Community Trust 15 years ago after becoming disillusioned with the lack of services for the area’s ageing population.

The charity, based at Monkchester Community Centre, provides care and support for frail and disabled vulnerable adults, and works to minimise the effects of social isolation.