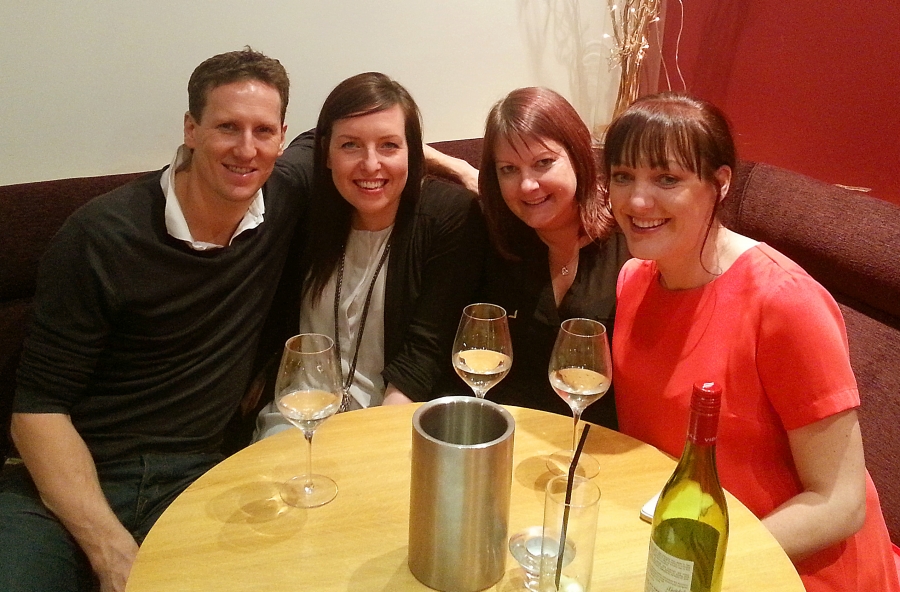 Brendan was in town ahead of the hit BBC show’s Strictly Live Tour, which comes to the Metro Radio Arena at the end of the month.

And he delighted diners at Raval Luxury Indian Restaurant by signing autographs and posing for pictures.

The 6ft dancer, who has been in the show since series one, which he won with partner Natasha Kaplinsky, dined with BBC colleagues at the award-wining Gateshead restaurant, which overlooks the Tyne Bridge.

Manager Avi Malik said: “Once people started to recognise him it was crazy. Everyone wanted to meet him but he was incredibly patient and friendly.”

“He posed for photographs and signed autographs. It was quite late and we had to keep the restaurant open beyond its normal closing time because there was a queue of people, mostly women, next to his table.”

Brendan tucked into Kozi Mappas from the restaurant’s a la carte menu, a chicken dish cooked in coconut milk with a mixture of south Indian spices and fresh herbs.

Mr Malik – whose eatery was named North East Indian Restaurant of the Year at the British Curry Awards in London, dubbed the Curry Oscars – also posed for pictures with the dancing sensation. Brendan Cole at Raval checking out our British Curry Award.

He said: “Brendan was very complimentary about the food – he said he thought it was superb. And he congratulated me on the award the restaurant won recently. He told me he had been to a previous British Curry Awards event and that he is a huge fan of spicy food.”

Mr Malik received Raval’s award from former England rugby coach Sir Clive Woodward in November at the event, which was hosted by Who Wants to be a Millionaire star Chris Tarrant, with Prime Minister David Cameron in attendance.

Brendan is the latest in a string of stars to have dined at Raval, including Toon legend Alan Shearer and Sir Cliff Richard.

This year’s Strictly tour will be hosted by 2012 Strictly star and former Emmerdale actress Lisa Riley.

Among the competitors will be Waterloo Road star and Teesside export Mark Benton, 48, who was knocked out in week nine.

However, he was a firm favourite with fans for his outlandish outfits and off-the-wall routines, which included a version of MC Hammer’s You Can’t Touch This.