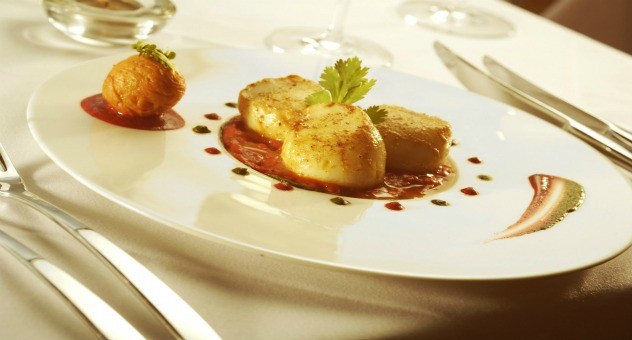 The North East’s top curry restaurant has pledged to put out the red carpet for the millionth person to complete the Great North Run.

Raval Luxury Indian Restaurant – named best in the North East at the British Curry Awards – will lay on the VIP treatment for one lucky runner.

More than 50,000 participants will run past the restaurant, located just off the Tyne Bridge in Gateshead, on Sunday.

However, one of them can look forward to coming back to enjoy a champagne reception, followed by a meal with a friend or partner, at a more leisurely pace.

This Sunday’s half marathon will become the first mass participation event of its kind to attract more that a million competitors.

A computer will determine which runner is the one millionth to cross the finishing line – and organisers have promised to make a fuss of them.

Founder Brendan Foster has revealed the millionth finisher will not be among the frontrunners, but refuses to be more specific for fear of prompting a race-within-a-race.

But whoever it is, they are guaranteed to become a symbol of the run’s enduring appeal.

Raval manager Avi Malik said: “We have always been at the forefront of celebrating all that is great about the North East.

“Last year we organised a special event to commemorate the 85th anniversary of the Tyne Bridge, so it is fitting for us to also get behind the Great North Run in this landmark year.“

Mr Malik and his team have enjoyed one of their most successful years to date since being named ‘Best Restaurant in the North East’ at the British Curry Awards – dubbed the Curry Oscars – last November at a ceremony attended by Prime Minister David Cameron at hosted by TV star Chris Tarrant.

He added: “We’ve had a fabulous year. Now we want to celebrate our success and that of the region’s greatest sporting event together.

“That’s why we’ve decided to offer the millionth finisher a champagne reception and meal for two at our restaurant.“

The restaurant’s head chef will demonstrate how to cook its unique Newcastle Brown Ale Curry at the shopping mall on Saturday, September 13 at 1pm.